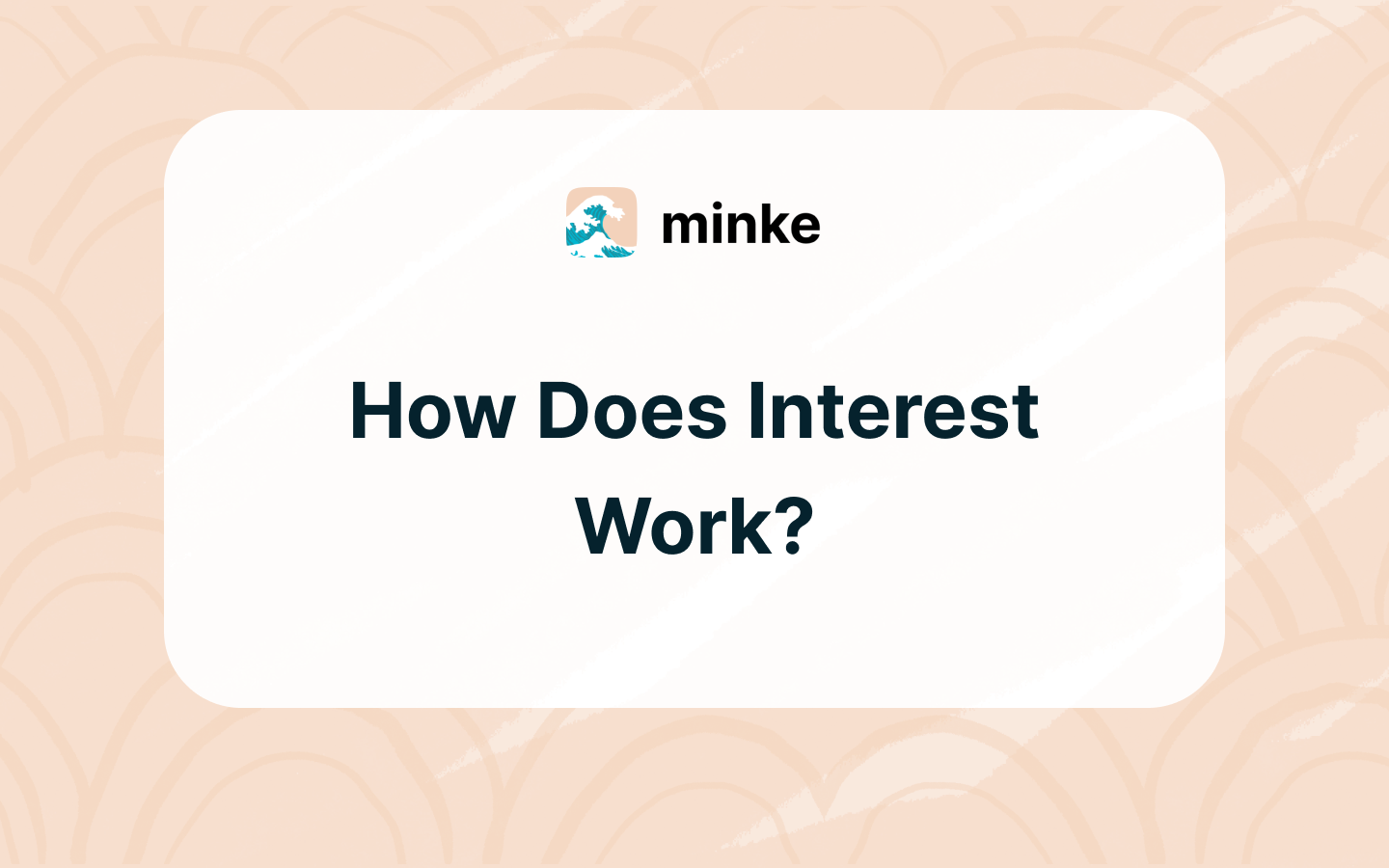 How Does Interest Work & Where Does it Come From?

An interest rate in its simplest form can be one of two things; it can be the amount of money that is charged by a lender such as a bank on a loan that a consumer takes out, or it can be the amount of money that a consumer earns for placing their money in a savings account. In turn, this incentivises you to have your money in the bank, and the bank can then use that money to lend out to individuals that want to take out a loan.

Where do interest rates come from, and how are they calculated?

When considering the short term, the central bank is the government department determining the interest rates. The method by which they select the interest rate is by analysing the economy and, more specifically, the amount of liquidity (cash) that exists within the economy through spending rates. A significant factor in analysing the market’s liquidity is the real-estate and vehicle market. When money is abundant, housing and cars are luxury items people purchase. Therefore, if spending is high, the central bank will decide to raise the interest rates, thus causing less money to be present in the economy controlling inflation.

Although, when looking at the long term, the interest rate is defined by the demand for treasury notes and bonds, what is a treasury note or bond?

A treasury note or bond is a security/investment that the government auctions off to market makers (banks and private firms) at a discount with a fixed interest rate that will increase the value of the notes or bonds that they can redeem after a certain amount of time that is usually ten-to-twenty years! These market makers will then sell the bonds to everyday investors for a higher price, thus making a profit, which banks aim to do in a centralised financial system. Regular investors’ demand for these bonds determines the long-term interest rates. If the interest rate is too low on these bonds, due to the demand being low and the liquidity high, the government will raise the interest rates and incentivise the public to place their money in investments, lowering the overall liquidity.

The last type of interest rates are deposit and loan rates, and although these are ultimately controlled by the banks themselves, they are largely influenced by the macroeconomic situation which is controlled by the central banks.

power and control over peoples economic future. The banks abide by what the central banks determine most of the time but can still raise and lower their interest rates according to their targeted income and debt projections. In addition, to their needs and the market, banks also consider the consumer’s financial history and risk profile before attaching interest rates to loans; therefore, the banking system can be inaccessible for some.

What are the different types of interest rates?

When considering the different interest rates, we usually look at two different types of interest, the first being simple interest and the second being compound interest.

Although in our case, we are more interested in compound interest and how does have an effect on savings accounts in both DeFi and the standard banking system.

How do the interest rates work for saving accounts?

Compound interest was referred to as the eighth wonder of the world by the late Elbert Einstein; this was due to the incredible wealth that it could generate over time. The reason compound interest has the effect is because of the constant percentage added on top of the initial investment and the added interest. So, in saying that, why do banks provide interest over time for depositing money into a savings account?

The reason banks provide interest on savings can all come down to incentive, as banks need liquidity to loan money to other individuals in society, known as borrowers, this liquidity comes from lenders through savings accounts; therefore, to compensate individuals, the bank will provide interest that is earned over a year. Trust me, though; they are making a profit as they will usually, charge a higher interest rate on the borrower’s money than what they are paying you out; therefore, taking a clip of the margin, this can be understood by having a look at what the banks are currently offering; for example, they would offer 0.25% passive income for saving with them but will loan out home loans with an interest rate of 3% and personal loans with an interest rate of 10%.

To understand better, here is an example:

You deposit $200,000 into a high-yield savings account, and the bank can take $100,000 of these funds to use as a mortgage loan. The bank pays 1% interest into the account annually to compensate you. So, while the bank is taking 4% from the borrower, it gives 1% to the account holder, netting it 3% in interest.

How do the interest rates work for loans?

Interest rates essentially work the opposite way for loans, where an individual will pay the interest rate that the bank provides as a fee for borrowing money on top of the initial amount of money borrowed, but as mentioned above, they are charging the person more interest than they would for depositing money in their saving accounts, which is how they earn a profit

How do Interest rates in DeFi differ from the banks?

Interest rates in DeFi work similarly from a P2P (Peer-to-Peer) lending perspective. The lender in DeFi will consistently be awarded interest for allowing their funds to be used as liquidity. However, the borrowing process in DeFi is slightly different in that the interest rate is determined algorithmically depending on the demand for loans thus the higher the demand, the higher interest. The borrower can also take out funds without having to provide any information or personal details, making the system trustless but they have to put up collateral slightly higher than the amount they are looking to borrow.

The way that risk of the individual not repaying the loan is by requiring the borrower to put up more money than is being borrowed as collateral, and then the borrower will also pay interest on the loan but a similar amount of interest being paid out to lenders. The same interest can be charged as paid out because there are fewer costs to run the system. The margins are extremely small on DeFi loans for example a DeFi lending and borrowing protocol can pay out 7% to savers but charge 8% on loans creating a mear 1% margin.

So what is this margin used for if the costs are so low? Well,  the fees are used to provide participants in the protocol with rewards for providing liquidity to the protocol but also the fees go to providing funds to a safety protocol that can be used in the case that a targeted attack occurs or any other type of dropoff event which could sabotage the protocol should the liquidity be lost.

Why are interest rates higher in the DeFi ecosystem compared to traditional finance?

The main reason interest rates are higher in the DeFi world is the low costs to run the financial processes as there is no need for large buildings and many staff. This can be seen in reports stating that bank of America has approximately two-hundred thousand staff compared to Aave having seventeen staff members.

The risk involved in DeFi is higher, and that is why interest rates can be at such high levels, but as DeFi becomes more popular among normal bank users, the trust in DeFi will increase, and the risk will decrease. This can be seen today with Aave becoming one of the top one-hundred banks in the US. In addition, there are insurance brokers like Nexus Mutual coming out that cover smart contract risk, which is one of the significant risks in DeFi thus, we are moving in the right direction.

Finally, companies like Minke can offer insane interest rates like 8% on savings due to stable coins and their ability to avoid the incredible stress that inflation puts on regular interest rates in the centralised banking sector.