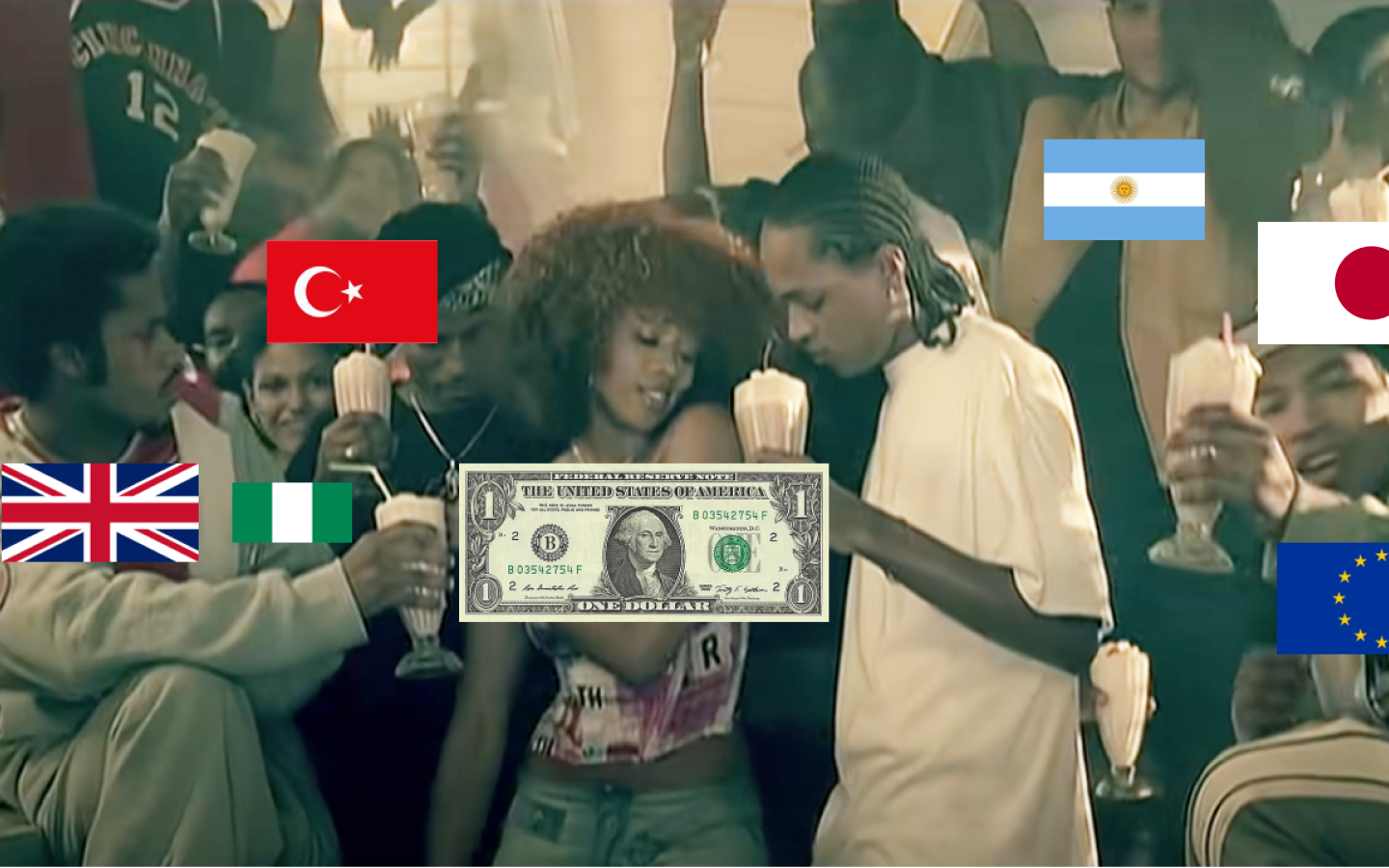 The Dollar Milkshake Theory and What it Means for Crypto

If you’ve been following financial markets throughout 2022, it’s been impossible to miss the US dollar’s parabolic rise against other fiat currencies. At the time of writing, the DXY which tracks the US dollar against a basket of other fiat currencies is above 113, the highest it’s been in over 20 years. This has led to many pundits discussing the Dollar Milkshake theory and whether or not we are seeing it play out. But what do milkshakes have to do with dollars and why are crypto and finance tweeps constantly referring to them – let me break it down.

What is the Dollar Milkshake Theory?

The Dollar Milkshake theory was coined by Santiago Capital Founder, Brett Johnson. The theory states that as fiat currencies depreciate globally, the US dollar will suck up global liquidity leading to a perpetuating cycle where as investors flee to safety in the dollar, the dollar continues to strengthen until it’s the last domino standing.

While many would argue that capital should flee to gold or bitcoin as a hedge against inflation, the reality is that the global reserve currency is the US dollar and for many in emerging markets the dollar remains a better store of value especially given crypto’s history of volatile price movements. As the US increases interest rates in an effort to control inflation, the dollar and dollar-denominated investments simply become the best option in a marketplace of currencies. Brett painted a picture in a Wealthion podcast, where investors are everyday people looking for a bank to keep their money. They could continue to keep their money in a local bank that has a history of going bankrupt or blocking depositors from their money, or they can keep their money in the most trusted bank (in this case the US) which is paying a good interest rate and has never gone bankrupt – in uncertain economic times like now, depositors will always choose the US.

Why is the Dollar Milkshake happening now?

With the US posting inflation numbers near 8% after a decade of excessive monetary and fiscal stimulus exacerbated by the COVID-19 pandemic, it’s counterintuitive to many that the US dollar is strengthening. In fact since the global financial crisis in 2008, the DXY dollar index is up over 30% against the basket of other currencies it tracks. The reality is that even though the US has a raft of its own problems domestically, the problems in other markets are much worse on a relative scale. Other markets have seen a lack of productive industry and skyrocketing private and public debt.

The near zero-percent interest rates and quantitative easing seen in the US has been replicated in almost every country globally. However unlike in the US where the easy capital has found a productive home, investments abroad haven’t been as fruitful. Japan for instance has seen the Nikkei 225 index rise 63% in US dollar terms over the past 10 years. In that time the S&P 500 which tracks the 500 largest companies listed in the US has seen an increase over 150%. The S&P/TSX index in neighboring Canada has only seen a paltry increase of 7% over the last decade when you take into account currency depreciation against the dollar.

Also during this time, governments, institutions and private individuals abroad have binged on cheap debt. In emerging markets, much of the debt on the institutional side has been denominated in dollars in order to access lower interest rates. But now with the dollar rising along with debt servicing costs, borrowers are being forced to sell assets in local currencies in order to service their dollar denominated debt. This leads to further depreciation of local currencies and a further strengthening of the dollar.

And while consumer borrowing in emerging markets still remains small due to a lack of modern financial infrastructure, consumer borrowing in western countries has exploded over the last decade. Switzerland, Australia and Canada top the list with Household Debt to GDP ratios over 100%, much of which has been ploughed into residential real estate. Most major cities across Australia have seen the average price for residential housing double over the last decade. With so much wealth tied up in housing, governments in these countries find themselves handcuffed. They can increase interest rates to protect their currencies against the dollar and fight inflation, but by doing this they risk a slowdown in consumer spending as more money goes towards servicing mega mortgages. Or they can keep rates low, depreciating their currency against the dollar and letting inflation run. History shows the latter is often chosen.

What can reverse the trend?

In the short-medium term in order to reverse the trend of a strengthening dollar, a major strategy shift would be required from the Federal Reserve in terms of interest rate hikes. This seems unlikely given inflation is still drastically above the Fed’s 2% mandate, and employment numbers remain strong. There is the remote possibility that the Fed does decide to inject money abroad by purchasing foreign bonds in an effort to weaken the dollar, but this still remains unlikely given the poor inflation outlook domestically. As the dollar goes higher, imports become cheaper, which results in lower prices and domestic inflation.

Longer-term many mainstream analysts predict or speculate that other countries will attempt to reduce dependency on the dollar in favour of another currency. However this is also unlikely given there is no viable alternative on the horizon. Relatively speaking the US dollar will remain the destination of choice given its backed by a democratic government with a system of checks and balances, transparent institutions, and a solid economy.

The history of money also shows that the only way global reserve currency status has been lost has been through defeat in a major war. While that is not out of the question given increased tensions in Europe and Asia recently, all out war remains unlikely given nuclear weapon proliferation among major powers and the guarantee of mutual destruction. If the US is to lose global reserve currency status in the future, it’s likely this time will be different.

What the Dollar Milkshake means for crypto?

In the short-term, given crypto’s relative nascency it’s likely Bitcoin, Ethereum and other cryptocurrencies continue to trade as risk assets. The dollar increasing in value is bad for risk assets, which only means bad news for your bags. Even with Ethereum moving to POS and paying an estimated 5% annualized yield for stakers, it’s unlikely to generate much institutional interest with 5-year treasury bond yields now over 4%.

In the short to medium term however, the Dollar Milkshake presents the industry with a once in a generation opportunity to onboard billions of users onto crypto rails. That opportunity is in stablecoins which are pegged to 1-to-1 with the US dollar. Today 3 of the top 10 cryptocurrencies by market capitalization are stablecoins, for a total of $150 billion dollars on-chain. Since 2018 when USDT was the sole stablecoin, the market capitalization of stablecoins has increased 15000%. While western currencies may drop 20-30% against the dollar over the next year, currencies in emerging markets are losing over 90% of their value.

While crypto may not have been born as a settlement layer for the US dollar, advancing adoption of stablecoins may be the biggest opportunity in reaching mass adoption this decade. In a previous article I stated that if we want to achieve mass adoption of a decentralized currency we must first bring the US dollar notes in emerging markets on-chain.

Because in the long term if the Dollar Milkshake theory plays out to its full extent, the US dollar will be the last domino standing. It’s at that point when other countries will consider moving to a global decentralized currency, because a standard controlled by no one is better than a standard solely controlled by the US government.