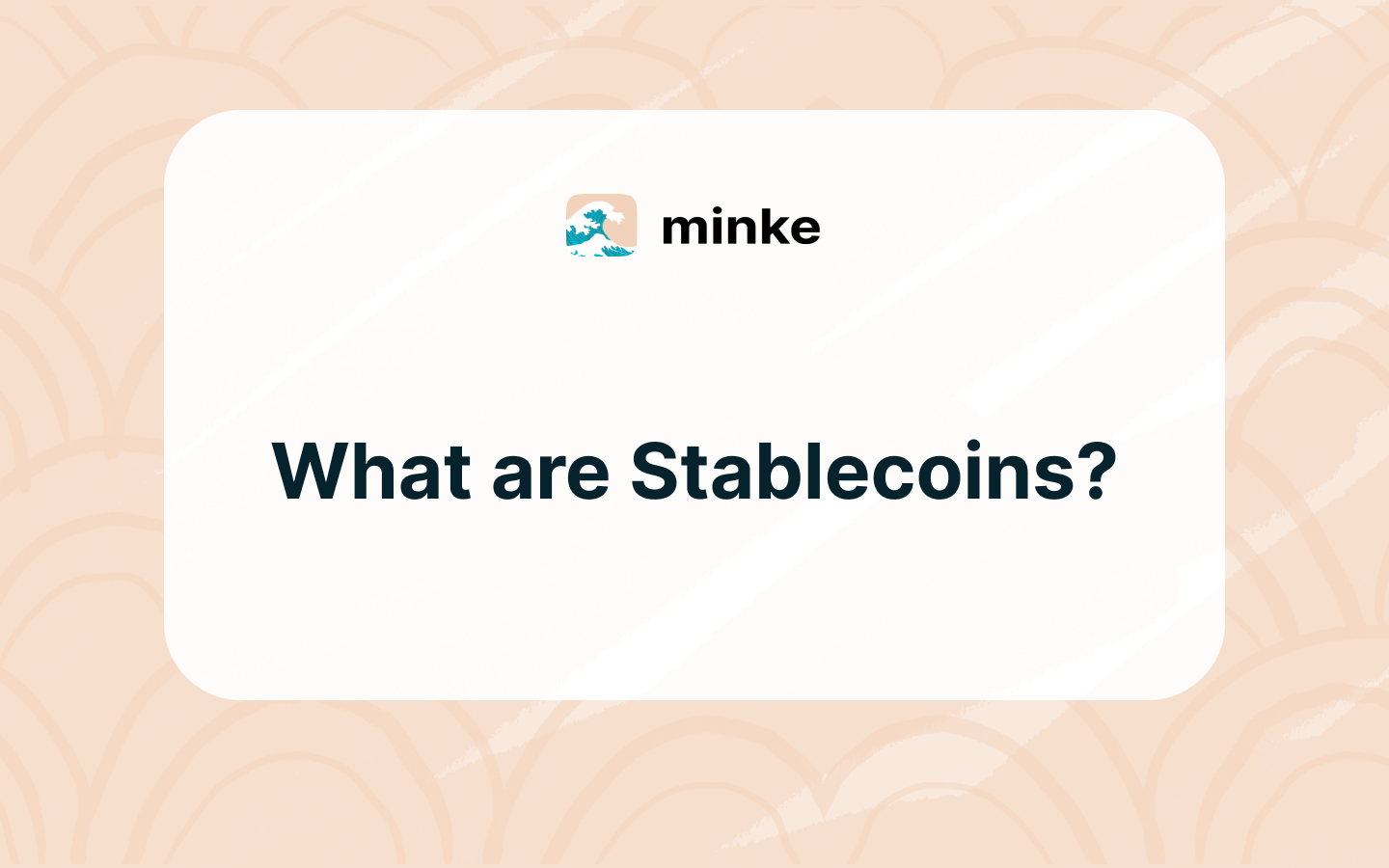 What are Stablecoins & How Do They Work?

Bitcoin, Ethereum and even Dogecoin are all examples of cryptocurrencies.

And as cryptocurrencies, it’s reasonable to expect that they would function similarly to traditional currencies by being able to work as a medium of exchange.

However, one thing that currently holds these and many other cryptocurrencies back from truly being able to replace traditional currencies is their lack of price stability.

If they were, then they wouldn’t suffer from high volatility in their value.

To understand what a stablecoin is and how they avoid this problem of price instability, let’s first look at why cryptocurrencies in general are prone to experiencing wide fluctuations in price.

Because many cryptocurrencies have relatively small market capitalization (the number of coins in circulation multiplied by the current market price of a single coin, also known as market cap), their price is more affected by people buying and selling the cryptocurrency than say the US dollar.

To help visualize this, think of different cryptocurrencies as different bodies of water.

A cryptocurrency like Litecoin is going to be a relatively small body of water compared to major currencies like the US dollar and the Euro. Let’s imagine it as a pond.

Now imagine people buying and selling Litecoin (in other words, trading Litecoin for another currency) as throwing rocks into the pond. Each time this happens, it’ll disrupt the water.

Because the pond is a small body of water, the disruption in the water will be noticeable. Especially compared to if people were throwing rocks into an ocean which in this analogy would represent a major currency like the US dollar.

The end result is that the value of major currencies remains stable, especially over shorter periods of time.

Cryptocurrencies, on the other hand, can experience significant fluctuations in value within the space of a single day.

Even the most popular cryptocurrencies like Bitcoin have experienced wide fluctuations in price in the past and are likely to continue to do so for the foreseeable future.

This instability in their value presents a number of issues for cryptocurrencies and is currently holding them back from being a true replacement for traditional currencies.

Just think of how infeasible it would be to carry out everyday transactions like purchasing groceries when the currency you’re using fluctuates widely in value.

Or imagine being the guy who spent 10,000 Bitcoins on two pizzas back in 2010 knowing how much Bitcoin is worth today.

How stablecoins solve this problem

As their name suggests, stablecoins are a type of cryptocurrency specifically designed to address this problem of price instability.

Tether (USDT) is an example of a stablecoin that has its value pegged to the US dollar at a rate of 1 to 1. Meaning that 1 USDT is worth $1 USD and it’s expected to maintain that value into the future.

This gives stablecoins many benefits.

In particular it means that they enjoy the price stability of traditional currencies like the US dollar and the Euro while still retaining many of the benefits that cryptocurrencies like Bitcoin have.

It might seem like stablecoins are trying to have their cake and eat it too, so it’s reasonable to question how stablecoins work and how they maintain their peg.

To explain how the pegs work, it’s important to know about the different types of pegs.

Stablecoins with collateral pegs are backed by an asset to maintain its stability.

But it doesn’t have to be US dollars or a different currency that is used as the collateral.

Pax Gold (or PAXG) is another stablecoin where each coin is backed by one ounce of gold. Meaning that physical gold is being kept as the collateral.

Some stablecoins even use other cryptocurrencies as their collateral.

DAI, which is issued by the Maker protocol, is an example of one of these crypto-collateralized stablecoins where it is pegged to $1 USD but is backed by a number of different cryptocurrencies. Borrowers are able to borrow $500 worth of DAI if they deposit $1000 worth of a cryptocurrency. This lets them retain the possible upside of it’s increase of value in their asset while DAI is able to maintain its stability at $1 = 1 DAI due to the deposits in the protocol being worth more than the DAI lent out.

The advantage of this type of peg is that the collateral is much easier to audit as the balances can be verified on the blockchain.

Stablecoins with algorithmic pegs work by automatically controlling the number of coins in circulation (also known as adjusting the supply of the coin) through a set of rules known as a smart contract.

When demand for the coin goes up, the smart contract issues more supply of the coin to keep the value of each individual coin stable.

Likewise, when demand for the coin drops, the smart contract reduces supply so that the value of the peg is maintained.

This means that these stablecoins aren’t backed by any collateral but instead rely on the smart contract to maintain its stability.

What stablecoins mean for finance

By addressing the issue of major fluctuations in value, stablecoins not only work better as mediums of exchange when buying and selling goods like traditional currencies.

They also open up new possibilities for finance in general such as investing, lending and borrowing.

After all, purchasing goods and services is only one use for traditional currencies that’s enabled by their relative price stability.

By achieving this same price stability, stablecoins have become a major component of decentralized finance (or DeFi).

In fact, because few businesses are currently willing to accept stablecoins as payment, stablecoins are most commonly used in DeFi as a way to invest and generate returns rather than as a medium of exchange.

How stablecoins work with investing

Stablecoins enable investors to generate returns on their crypto assets because they effectively mitigate the issue of volatility in crypto markets.

This is because in the same way that price instability reduces the utility of cryptocurrencies to work as a medium of exchange, it can also reduce their attractiveness to investors.

For example, if an investor wants to earn interest on their Ethereum, there is a very real possibility that all of the interest they earn will be offset by a drop in the value of Ethereum resulting in a net loss.

On the other hand, if they used a stablecoin the stability in the stablecoin’s price would mean that value of the interest they earn would be unaffected by volatility in the broader crypto marketplace.

Given the higher interest rates people can earn with DeFi compared with traditional financial institutions, it’s unsurprising that stablecoins have become increasingly popular with investors from a whole range of backgrounds and levels of experience.