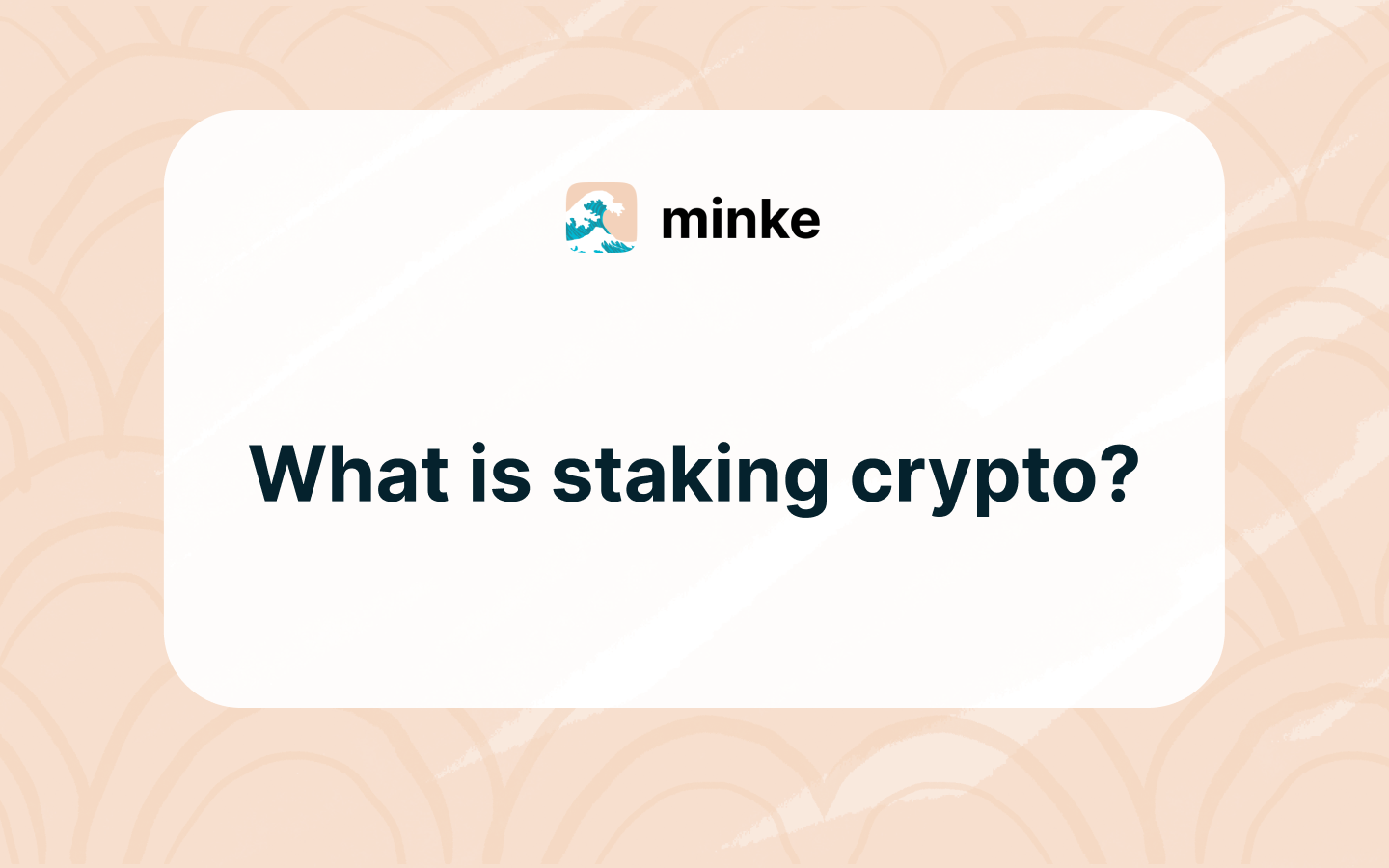 What is staking crypto?

If you’ve been buying crypto on an exchange lately, you’ve probably seen a new feature called “staking” come up a fair few times. Like many terms in the crypto-verse, which can be overwhelming to understand, defining staking is pretty complex. However, in this article, we’ll do our best to decode staking and explain the best ways to do it.

What is staking, and how does it work?

Generally, staking is the activity of earning rewards by locking your assets somewhere. By closing assets, you’re unable to sell or trade them while they’re staked. By doing this, you earn some sort of monetary benefit, either in the form of reward, interest or both. But, of course, the state of earnings or any rewards and pay depends on where and how you stake.

Different staking platforms and their risks and benefits

Staking on an Exchange

While it might differ between exchanges, staking on an exchange generally means giving the exchange permission to lend or invest your tokens elsewhere. For newcomers, staking on exchange is generally the easiest way to start earning some passive income on your crypto. It also gives you access to various assets that live on different blockchains.

When you’ve staked your tokens on an exchange, the exchange will typically stake your tokens for you in various DeFi protocols to get the best yield. As a user, this simplifies the process of staking for you as you don’t need to find these protocols; however, the exchange will typically take a fee or margin on any interest or rewards they earn over what they agree to pay you out. So while you may be earning 2% from staking in Binance, your money might be earning 4% in the DeFi protocol where it is!

Some centralised staking platforms that you can use are:

Staking in DeFi means doing the staking yourself. While there is a wide range of reasons and ways tokens are staked in DeFi, we’ll simplify this example to liquidity protocols like Aave and Compound, where users can lend and borrow assets.

Staking here can have two meanings. The most common one, which isn’t technically staking, is the action of depositing your assets in these protocols. As a saver, you can deposit your assets, typically stablecoins, and earn interest as they get lent out to borrowers. Borrowers can deposit their assets (typically assets like ETH or non-stablecoins) as collateral and then borrow stablecoins to buy more assets or access funds without selling their crypto and losing any potential increase in value. Both lender and borrower may also earn some additional reward in the protocol’s native token to incentivize them to use the protocol.

The second meaning of staking in these protocols is staking the native token. In Aave, this would be the AAVE token. While the mechanics differ between protocols, staking here typically provides a security fallback if the protocol can’t liquidate a borrower’s assets to pay back the lenders when their assets fall below a set liquidation price. In return for staking the native token, you also earn a portion of the fees generated by the protocol when users use it.

Some DeFi staking platforms include:

Another form of staking is staking on a network with a staking mechanism to confirm the validity of transactions. These networks are widely known as proof-of-stake networks or POS. In proof-of-stake networks, you stake a set amount of the protocol’s native token and submit complete blocks to the network for confirmation using a software client. For example, as Ethereum moves to a proof-of-stake network, validators will need to stake 32 ETH to validate transactions. You can also stake ETH in decentralized pools that pool the assets of multiple stakers together to remove the minimum requirement to stake.

Other networks using a proof-of-stake mechanism are delegated proof-of-stake networks or DPOS. In these networks, you stake the protocol’s native token to a delegate who validates the transactions on behalf of all the stakers who delegated their staked tokens to them. The benefit of this is typically a much easier technical staking setup and faster transaction throughput for users of the blockchain network. However, this naturally comes at the cost of reduced decentralization.

While the options above cover most staking scenarios, there are always new ways to stake and earn passive income on your crypto. In recent times many NFT marketplaces have been offering staking on their platforms. By staking the platform’s native token, you earn the fees generated by the platform when users buy and sell NFTs. The earnings paid out to you generally come in the ETH along with the protocol’s native token to incentivize you to stake with them. These platforms are highly experimenting, and you should only use them if you have a strong understanding of token mechanics and smart contracts.

Other staking platforms include:

Risks and Benefits of staking

Ready to get involved in staking?

Hopefully, the explanations above helped you better understand the multiple definitions of staking in crypto. While there are many options, you should always pick the best for your situation and skill set. If you want to use DeFi and earn passive income on your stablecoins pegged to the US dollar, you can quickly access protocols like Aave in Minke. We’re rolling out early access now, and you can signup to our waitlist here: https://waitlist.minke.app/