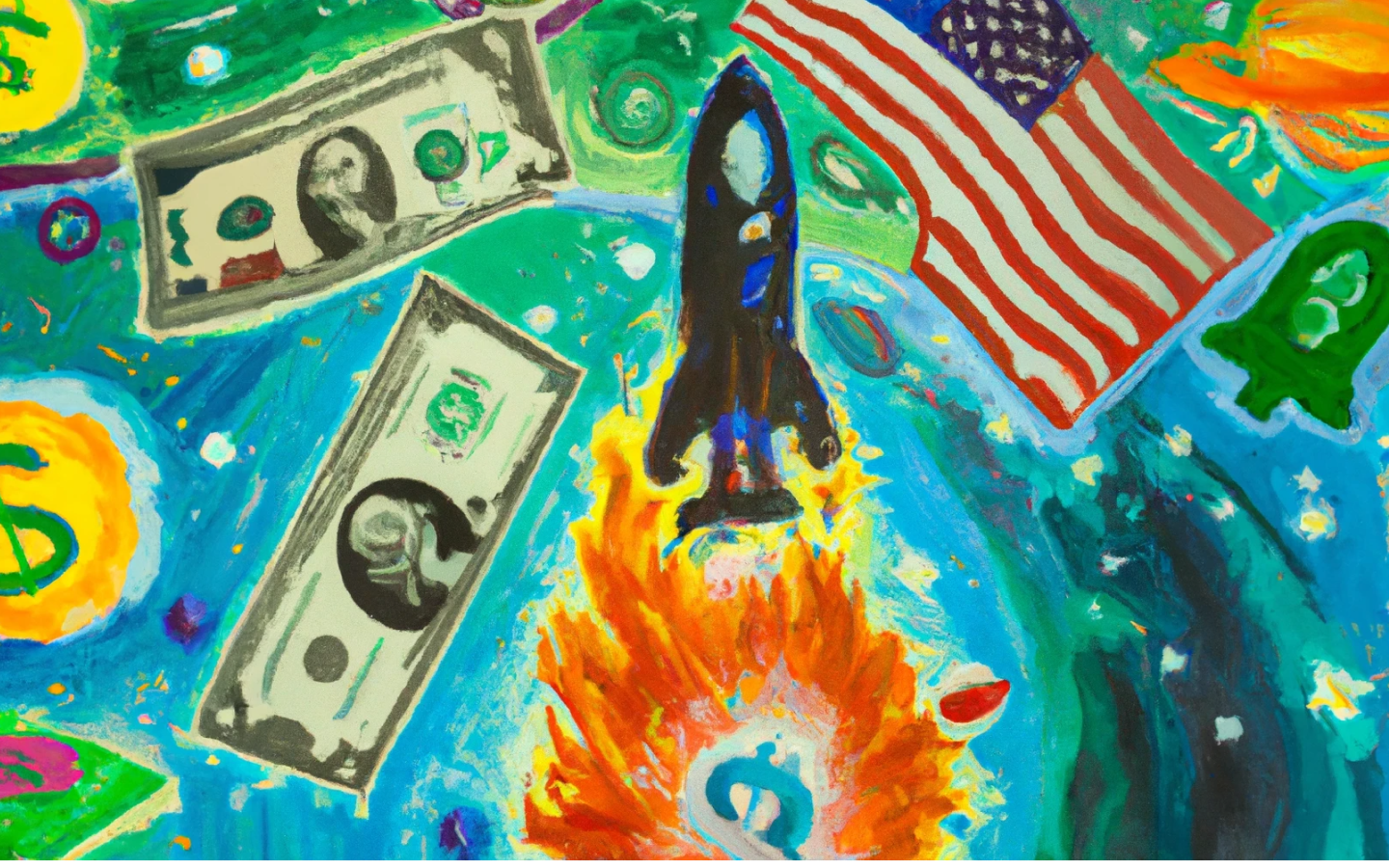 WTF is the DXY and Why is it Reaching New Heights?

What the heck is the DXY? You might be asking yourself after seeing pundits on fintwit or crypto twitter mention the index over the past few months. The DXY is an index that measures the performance of the U.S. dollar against a basket of six major currencies – heavily weighted towards the euro but also including the Japanese Yen, British pound, Canadian dollar, Swedish krona and Swiss franc. This year the index reached highs unseen for the past 20 years, so we thought we’d take a closer look at what it is, the history of previous highs, and what it means for crypto.

The Establishment of the DXY

At the time the currencies selected in the index were the world’s major economies who happened to be the United States’ major trading partners. The currencies are weighted based on the relative size of each country’s economy (or region in the case of the EU). The weightings are:

The index has only been updated once in 1999 when the Euro replaced the German Deutschmark and other European currencies. Though NAFTA and the rise of China has led to a change in America’s major trading partners it is unlikely that the index will change in the future to reflect this.

Why is the DXY Reaching New Heights?

There are a few key reasons for the recent surge in the DXY. Firstly, a heightened risk of a global recession has resulted in a flight to safety as investors seek out safe haven assets. The U.S. dollar is seen as a safe haven asset due to the size and stability of the economy relative to other countries.

Though a surge in the value of the dollar might seem counterintuitive given the unprecedented levels of monetary and fiscal stimulus provided in the US during the pandemic – relative to other economies stimulus measures were generally more restrained and the U.S. economy has recovered much faster than Europe or Japan, resulting in a stronger dollar.

Finally, the interest rate differential between the United States and other major economies is also driving the dollar higher. The Federal Reserve has steadily hiked interest rates to 3% – 3.25% while other central banks have kept rates lower.

At time of writing the DXY is slightly under 113, though it has breached the level at times in recent weeks. Since the launch of the index, it has only reached or surpassed that level two other times. We’ll take a look at these periods below to see if they give us any indication of what might cause the dollar’s upwards trend to reverse.

At the time the dollar was so strong that it was starting to hurt American exports and there were fears of another recession like the US just had in the early 1980s. With no end to dollar strength in sight, the US and the other major economies decided to intervene in currency markets after striking a joint-agreement called the Plaza Accord in September 1985. The US, Japan, France, West Germany and the United Kingdom agreed to intervene in markets to weaken the US dollar and therefore strengthen other currencies.

The biggest loser here was Japan who after decades of economic growth and becoming the world’s second largest economy had the value of the Yen double over the following 10-years, now known as the lost decade.

It’s impossible to know what would have happened if the major economies didn’t intervene, but we might find out if the dollar continues its strength this time around. Secretary of the Treasury and former Federal Reserve chair Janet Yellen has signalled no willingness to intervene in currency markets to depreciate the dollar.

Any major intervention would likely require participation from China as they are now the world’s second largest economy. With their own economic downturn likely hampered by a stronger Yuan and already frosty relations with the US – it’s unlikely we’ll see the same global cooperation this time around.

And even with eventual intervention, the period of dollar strength in the  early 1980s triggered a series of currency and debt crises across Latin America and Asia with Brazil, Mexico and Thailand grabbing the most headlines. We have already seen crises unfold this year in Sri Lanka and Lebanon, and more crises are likely to unfold over the coming years.

While not to the same degree, this period of dollar strength looks a lot like the current day. A recession caused by the dot-com crash, inflation over the target 2% and rising US interest rates. The DXY rose from 93.04 to 120.28 from January 1997 to January 2002. However unlike the 80s, this period didn’t need currency intervention in order to reverse the trend – instead the shift was due to major changes in the makeup of the US economy and war.

Between 1997-2002 the US trade deficit quadrupled, the largest change since the early 1980s. With more and more goods and services being imported and less being exported demand for the dollar weakened and the DXY dropped. However this period was also the start of one of the largest economic evolutions in American history. The domestic manufacturing industry over the next decade was completely hollowed out as production shifted overseas to China and other low-cost centres. Though this led to short-term dollar weakness and the loss of millions of manufacturing jobs, it sparked the birth of the US tech industry. Today the largest companies are US tech giants like Apple, Alphabet, Microsoft and Amazon. While an overall trade deficit remains, the last 20 years has seen America’s services surplus quadruple as tech domination and the respective companies have spread globally. Though tech innovation has spread with the rise of remote work, the US still remains the home for the most innovation and the top destination for talent – making it unlikely that we see another sharp shift in trade this time around.

The other cause of the drop in the dollar was the war on terror. After 9/11 the US invaded Afghanistan and subsequently Iraq in 2003. The intention that no dollar be spared until terrorism was unrooted, led to the reversal of dollar strength in the years prior. Sadly unlike other cases, the US entering another war seems a likely possible reason for reversing dollar strength given the Russian invasion of Ukraine and tensions high with China over Taiwan.

What Dollar Strength Means for Crypto

As mentioned before, periods of high inflation, followed by rising US interest rates and a stronger dollar are usually a trigger for currency and debt crises globally.

Dollar debt has often been the choice of businesses and foreign governments in order to access lower interest rates over the past 30 years. Now with a rapidly rising dollar, those debt payments are getting harder to service through local currency and it could trigger more financial crises globally. In these conditions a hotbed for crypto adoption will be created.

It’s important to remember that Bitcoin and blockchain technology weren’t created for happy times. Following the Great Financial Crisis in 2008, Satoshi Nakamoto created Bitcoin in response to monetary intervention and taxpayer bailouts for the firms that caused the last financial crisis. The technology was born as an escape hatch from currency depreciation and government intervention.

The technology has now evolved to include more innovations, none more relevant than US dollar stablecoins like USDC and USDT (Tether). While blockchain wasn’t born to support the dollar, the reality is that it remains the choice store of value globally. Now with the perfect economic conditions emerging, we have the opportunity to get blockchain technology into the hands of billions of people across the globe.

If you’re looking for the best way to buy, save and spend US dollar stablecoins. You should download Minke and join us in onboarding the world onto crypto.